Vicinity are one of Australia’s leading retail property groups and own over $14 billion of retail assets including The Emporium, Chadstone shopping centre and The Glen.

The new Vicinity Tower is in the heart of Victoria’s most well-established suburbs and is a nine storey office building delivering new commercial floor plates of approximately 1,500?sqm plus restaurant space.

To create a sense of openness and to allow occupants to move freely around the building, four floors are connected together with one stair, however as the building code allows no more than 2 interconnected floors, the stairs on one level must be compartmenting in the event of a fire.

The internal Level 3 stair was fire separated with a FireMaster® Concertina™ Curtain to allow level two though to level four to be connected.  As the building code states that no there can be no more than 2 interconnected floors, level 3 was compartmentated using a guideless concertina fire curtain with flush ceiling mounted obstruction sensors, light warning and voice warning alarms. 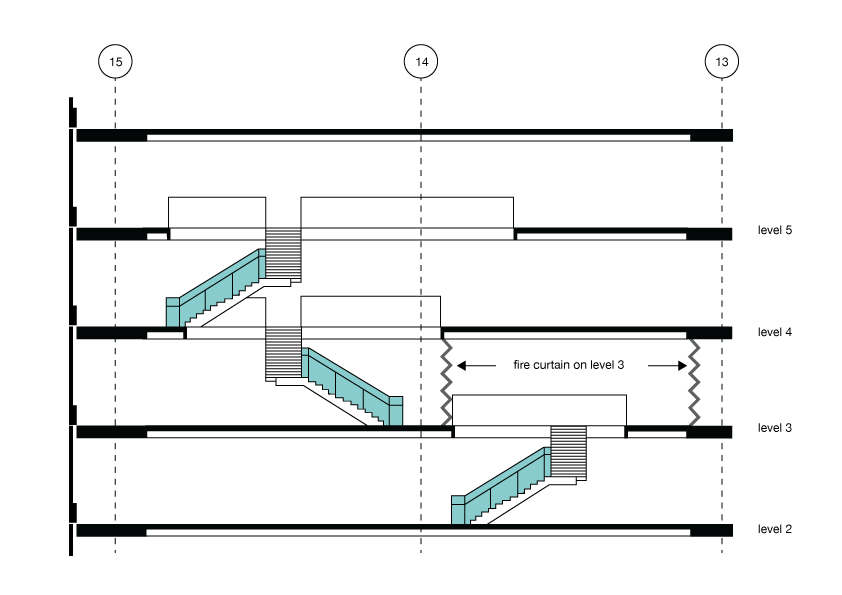 The FireMaster® Concertina™ Curtain was suspended from the soffit and installed flush with the ceiling with a fire rated  was used baffle installed above the curtain headbox creating a continuous fire separation barrier between the floor slabs as required under BCA clause C3.12 and C3.15.

As an additional safe guard, an emergency retract button is located on the inside of the enclosed curtain which, when depressed, will raise the curtain for a set time for emergency evacuation.  The curtain will then automatically descend to the floor as intended. 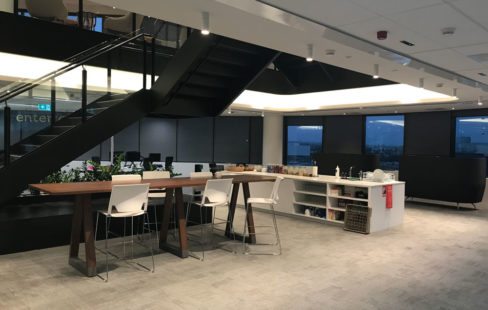 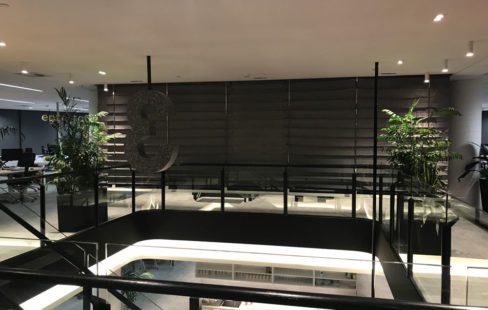